The Grand has a very special place in the history of our community and in the lives of many of our residents. It survived the storms of 1900 and 1915, and Hurricanes Carla and Alicia, as well as years of neglect at various times throughout its history. Of these events, the greatest threat to its survival was the 1900 storm, and it remains a testament to the determination of the people of Galveston that The Grand was quickly repaired and reopened. 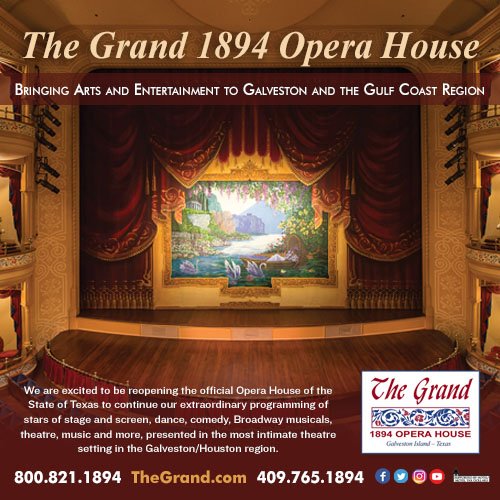 The Grand is one of the few remaining theatres of its era in Texas and is listed in the National Register of Historic Places. As further recognition of its importance to the citizens of Texas, in 1993 the 73rd Texas Legislature proclaimed The Grand “The Official Opera House of Texas“.

In 1894, Henry Greenwall raised the needed funds of $100,000 for construction with substantial commitments from a handful of prominent businessmen and civic-minded Galvestonians. When $8 million was raised for the Grand’s restoration between 1974 and 1990, it was a remarkable community effort which included the volunteer efforts of literally thousands of residents from Galveston county, the greater Houston area and the state of Texas.

Support came from individuals, the business and corporate community, local government and, of course, included generous foundation support from around the state and nation. Chief among these were the generous leadership gifts of the Harris and Eliza Kempner Fund, The Moody Foundation, Houston Endowment and the subsequent gifts of George and Cynthia Mitchell to help complete the restoration.

Due to the foresight and generosity of several generations of Galvestonians, The Grand stands today as an important linkage to our past and an important part of our future.

This magnificently restored, historic 1000 seat Opera House is available for convention groups, meetings, receptions, parties or privately booked performances. Take advantage of its intimate setting -the stage, the lobbies, the meeting rooms – all available for your special event. Our staff of professionals can help you plan any event, large or small. 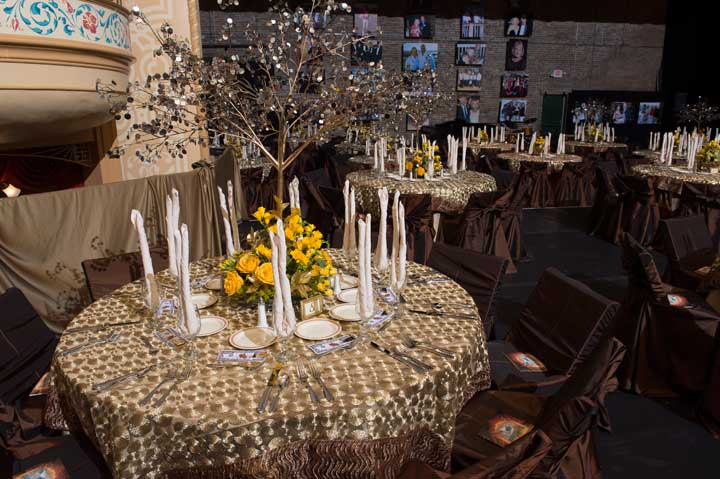 Host your next wedding, reception, party or meeting at The Grand. 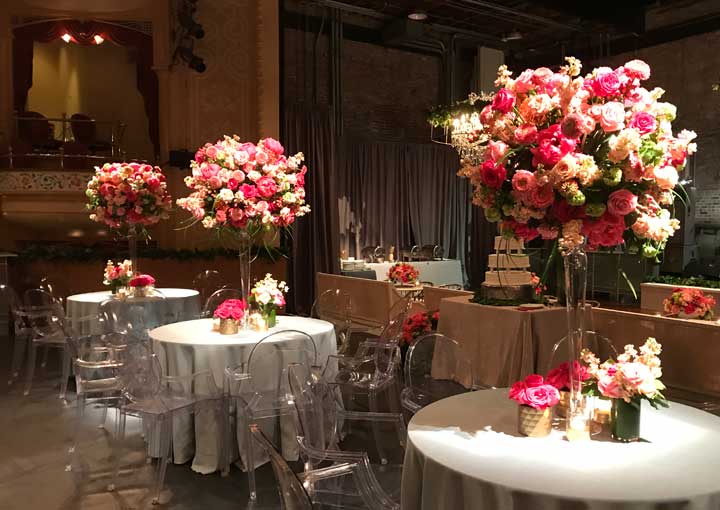 The Grand’s stage can be built out to accommodate larger receptions and weddings. 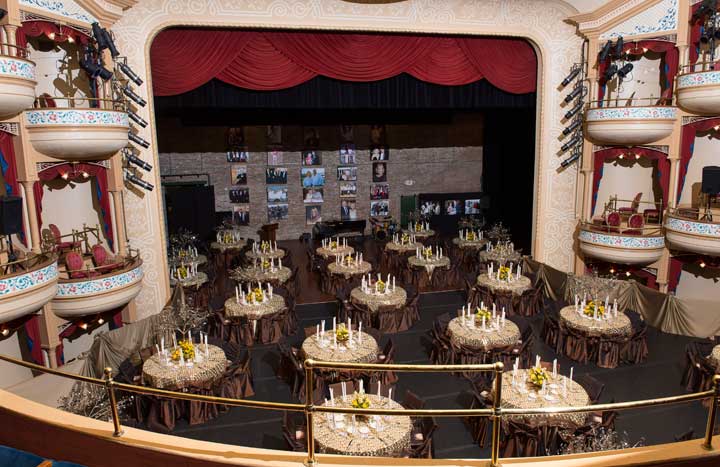 With the stage build-out, The Grand can comfortably seat up to 350 plus for dining.

LIVE PERFORMANCES – We can schedule a special performance just for your convention or group entertainment.

BREAKOUTS – Over 11,000 square feet of meeting space that can be utilized for your special event.

FOOD AND BEVERAGE – Full catering and refreshment services can be arranged for meetings, receptions and sit-down dinners.

CENTRAL LOCATION – Located in the heart of the financial and Historical Downtown area and within walking distance of The Strand shopping district, hotels, the Port of Galveston and Cruise Ship Terminals.

SAFETY FIRST – The entire complex is completely sprinkled for your safety and includes the finest in fire and burglary alarm protection.

Learn more about The Grand 1894 Opera House by visiting: http://www.thegrand.com.