Overlooking the picturesque rolling hills of Groton, MA, just 35 miles from Boston, The Groton Inn opened its doors in May 2018 to regain its stature as one of the most prominent lodging establishments in New England. 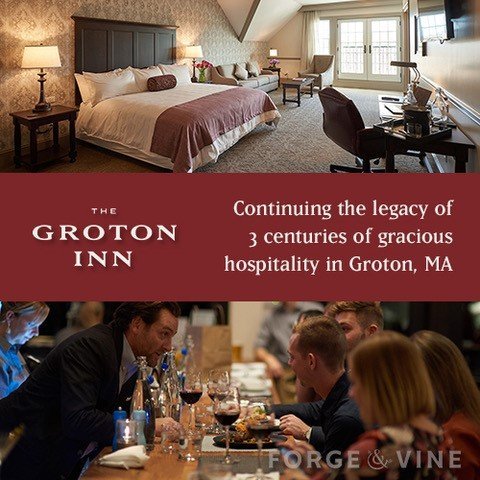 America’s oldest inn, the original structure (circa 1678) was destroyed by fire in 2011 and has been meticulously re-imagined as a new 60-room boutique hotel – one that echoes the legacy of three centuries of gracious hospitality while featuring modern amenities and world class service.